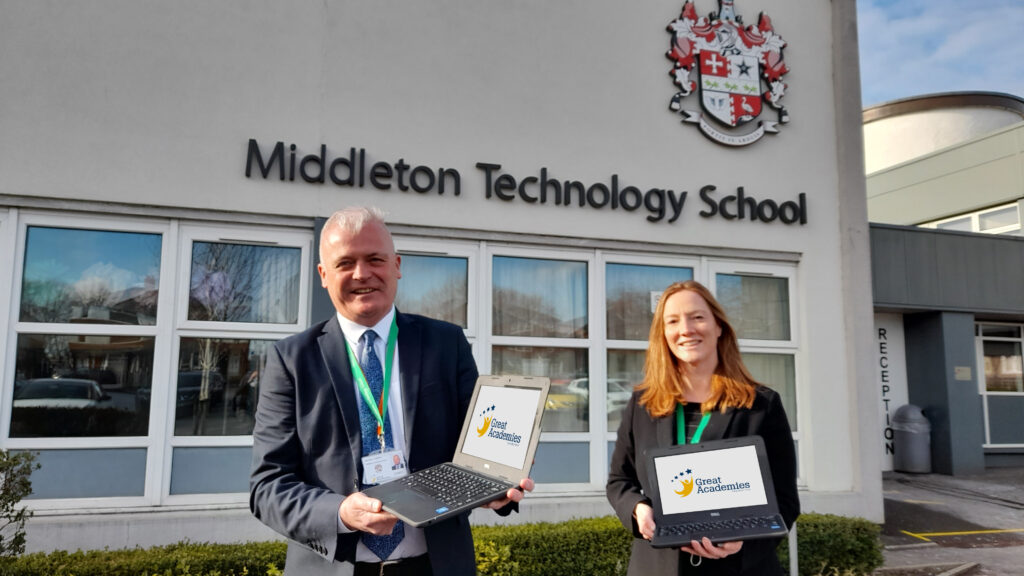 Hundreds more laptops and tablets given to disadvantaged

Great Academies Education Trust has taken additional steps to ensure that students across Tameside and Rochdale schools have been provided with Laptops or iPads. In addition to the digital roll out provided...
Written by Andrew Thewell, 15th March 2021

Great Academies Education Trust has taken additional steps to ensure that students across Tameside and Rochdale schools have been provided with Laptops or iPads.

In addition to the digital roll out provided by the government, Great Academies Education Trust has invested in more than 1200 new laptops and iPads, which have been given to families identified by principals at each of the trust’s schools to continue remote education at home.

Brendan Loughran, CEO of Great Academies Education Trust, said: “We know that remote education can be far more stressful if the technology is not good enough. For instance, in recent months some families with one computer have suddenly found everyone in the household needs it, and some of our families didn’t have a computer at all. We needed to do something, as letting children fall behind just because they cannot easily access lessons is simply not an option.”

Schools have adapted during the lockdown to make sure that learning has continued, and the trust is hopeful that the acquisition of the laptops and Ipads, in addition to existing school resources, is another step forward.

This announcement comes as research by the University of Sussex found that nearly one in five less advantaged parents said they struggled with home-learning during the first lockdown.

The research surveyed 3,409 parents in the UK between 5 May until 31 July last year and found families of lower socioeconomic status were more likely to report their home environment made it harder for pupils to complete schoolwork from home.

The move has been backed by Lab/Co-Op MP for Stalybridge Jonathan Reynolds, who has spoken about his concerns over the lack of ‘digital parity’ for home learners.

The current Shadow Secretary of State for Work and Pensions said “It’s absolutely imperative that children who are learning from home are not held back by lack of access to technology, whether that’s functioning broadband or a gadget on which to study. These additional devices will be a lifeline to many local young people.”

We use cookies to ensure that we give you the best experience on our website. If you continue to use this site we will assume that you are happy with it.AcceptPrivacy Policy